It is truly amazing what Jerry can do in such a short period of time.

My husband Brian and I adopted a Pitbull, Pete, from the Summit County Animal Control. Pete bonded well with our whole family. He was happy to meet new people and extremely excited to meet new animal friends. However, he started to show a few undesirable behaviors. Pete was demanding when he wanted to play. He would bark excessively until we finally would have to put him in his crate. We would play with him after dinner then sit down to watch a show and Pete would demand more attention. Playing tug or fetch with Pete was difficult because Pete didn’t like to bring the toy back or release the toy.

A Pitbull is extremely strong. Walking Pete was almost impossible for me. I had to use all of my strength to control him. Brian even had a hard time walking him. It was always a challenge to come across other animals while on a walk. We couldn’t control him and his walks became very short. It was very frustrating to not be able to give my dog what he wanted and needed.

We played with him and walked him as much as we could, but Pete needed more. I learned about “The Well Heeled Way” training from a client at my work. The client showed me a video of her dog before and after training. I became very interested after watching the videos. It was very impressive. I called Jerry and set up a meeting. I went over my situation and after talking with him, I felt assured and confident that he could help us.

Jerry saw the potential in Pete that we did. He was patient and added a level of structure, leadership, and positive reinforcement with him. He not only worked on training Pete, but also put in the time to train us on how to handle different situations with Pete. Jerry answered every question we had and still does even after training. He goes above and beyond all expectations.

We can truly enjoy our Pete now. I can walk him hands-free, we can play tug or fetch and have him release on command. The excessive barking has stopped. We can give him the attention he deserves and wear out his energy. It is truly amazing what Jerry can do in such a short period of time. We are so thankful for everything he’s done for us. Our home is so much more settled. We are so pleased with the outcome of Pete’s training. I will continue to recommend Jerry and “The Well Heeled Way” to anyone.

Only One Hour with Jerry Transformed Lena! She Became a Different Dog on the Leash! 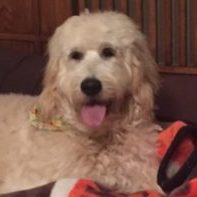