Wow! After spending a few days with Jerry and some training… she became a different dog on the leash.

Our Lola is a four year old boxer.  She has always been a struggle on the leash. Her biggest problem was reactivity. If there was a bunny, squirrel, chipmunk or bumblebee she would pull and many times break away from me to chase it. Lola knew she controlled me mentally and physically. Our breaking point was when Lola pulled to see another dog across the street. She pulled so hard, I lost control and fell. I had numerous scrapes and cut my chin open and needed stitches.

A neighbor of ours told us about Jerry and the Well Healed Way. Wow! After spending a few days with Jerry and some training of both Lola and I, she became a different dog on the leash.

We are still in training, however it has become a pleasure to walk her. She still sees those bunnies…but she continues to walk forward with just a few glances in their direction. Jerry has taught me Lola would rather earn my praise then chase after prey. I highly recommend the Well Healed Way! Only One Hour with Jerry Transformed Lena! 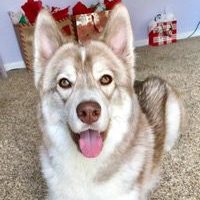 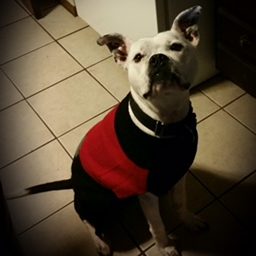